On this episode of Book Journeys, Vice President for The Author Incubator, Jenn McRobbie, interviews Jana Berghoefer, author of Get Clear: Claim Your Intuitive Instincts. 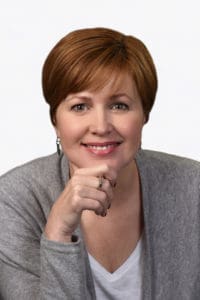 Get Clear sprang from Jana’s exploration into the nature of intuition and how to use it in her everyday life, which, in turn, sprang from some personal experiences, such as her father’s illness, that made her reframe the way she was living, particularly after she realized that she was limiting herself. She studied with a person who was into intuition development, and it was from this, and applying the lessons she learned about intuition in her daily life, that she came to the conclusion that intuition is a skill that anyone can learn and develop.

For Jana, intuition is something like a very subtle nudge that needs to be listened to, and her desire to write a book, combined with this nudge and having all the topics come together, were what enabled her to finally get Get Clear out in the world which, she remarks, was a “neat process.”

Get Clear happened very easily to Jana, and even as she went into the planning and research that was part and parcel of writing the book, she constantly checked with herself to make sure that what came out was what she wanted to convey and which was in alignment with herself. She also remarked that writing Get Clear enabled her to realize what she was really good at, which was conceptualizing ideas, and noted that having someone else who was supportive of the project was a really big help to her.

The lessons she learned in the process of writing Get Clear served her well when it came to writing her second book, which she is presently doing. Jana noted that going through the process a second time doesn’t necessarily make things easier for her, as the audience and objectives for her second book is different from that of Get Clear, and that using her intuition during this process enabled her to clarify her message by enabling her to take a step back every now and then and look at what she wrote from a different perspective.

For Jana, writing Get Clear enabled her to expand personally, as she was then expanding her identity from the somewhat narrow one of being able to achieve success purely because she was an academic to being able to go deeper within herself to “claim” her soul and trust in herself more. From a professional level, Get Clear has secured for her clients whom she wouldn’t have been able to secure before, and has made people treat her differently, as she was regarded differently, once Get Clear was brought out, compared to prior to the book’s writing.

Listen to the Jana Berghoefer Interview on Book Journeys Radio

Watch out for Angela’s interview with another exciting author.

Penny For Your Thoughts? Cancel reply

Apply now to write your book.

apply now
You have successfully subscribed!
Your eBook will be emailed to you.

Introduce yourself and your program
Your information will *never* be shared or sold to a 3rd party.